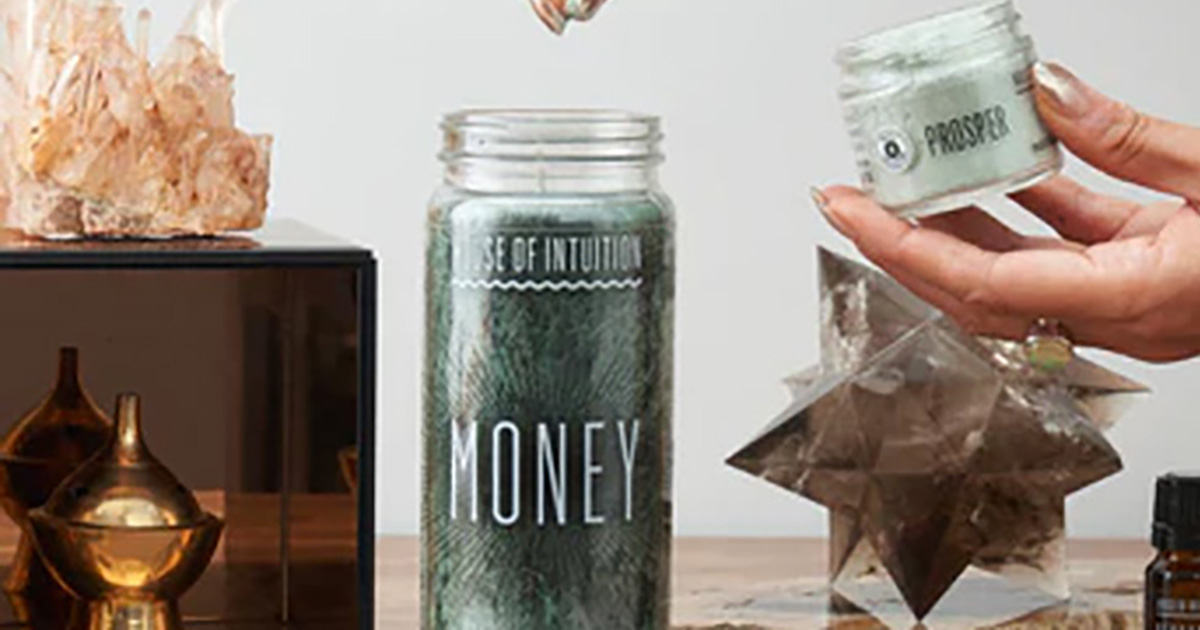 For Marlene Vargas and Alex Naranjo, meeting each other was the best thing about 2007…the rest of the year was really awful. They took huge losses in the market crash – day jobs, houses, cars, money, and hope were all gone. Bankruptcy loomed.

Seeking any kind of solace or direction, the women went to a tarot reader. She didn’t mince words. “It’s gonna get worse before it gets better,” they recalled her saying. But as she went on, said Alex, “it gave us a glimpse of hope. We lost sight of that because we were emotionally attached to what was happening in the moment. But everything is momentary.” Added Marlene, “Through this would be all the lessons we needed to get to. A spiritual bootcamp.” 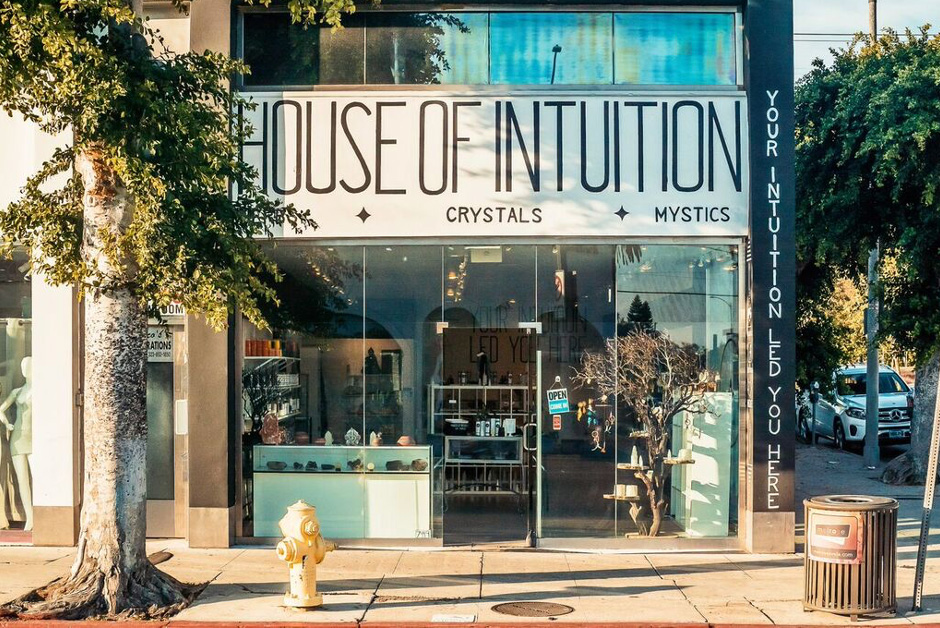 What happened next demonstrates the very foundation on which House of Intuition is built: self-empowerment through spirituality.

Experimenting with different religions, Alex adopted what resonated with her – especially candle burning. Marlene’s background, however, discouraged such practice (she had early experience of connecting with spirits), but she followed Alex’s lead and participated in rituals.

Continuing to see tarot readers – and good ones, who were picking up intimate, unknown details – the women found the readings to be “therapy.” They got real about their circumstances and took responsibility. Said Marlene, “What did I create for myself? We were overextended, making choices that weren’t the best.” 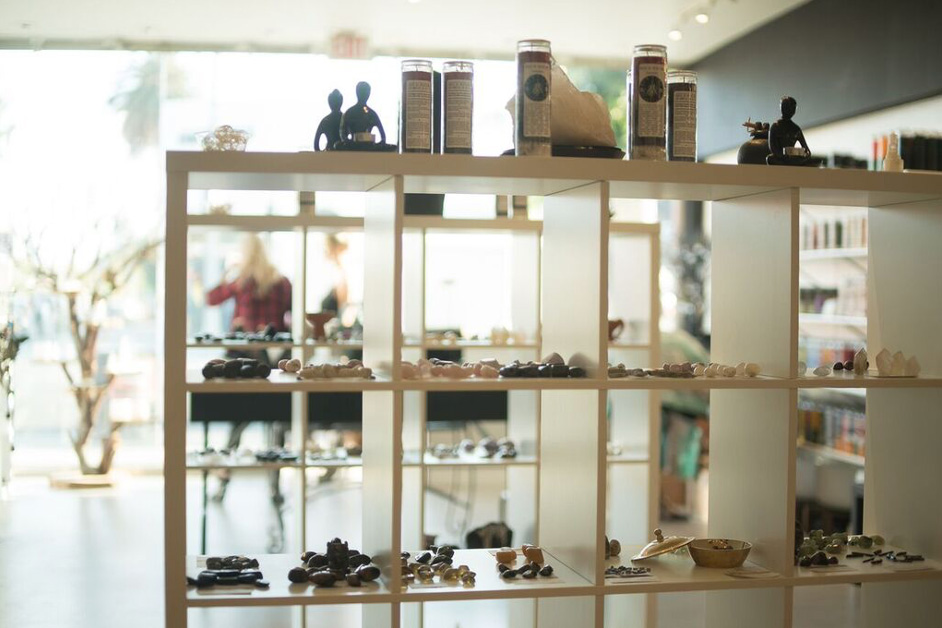 So, with more clarity and determination, creativity and a lot of help from others, Marlene and Alex took on new entrepreneurial careers. Yard sales, for a while, were supporting daily life. There was a year-long trucking business. They were making it work…until 2009, when another professional wall was hit.

Back to spiritual guidance. This time, the reader said, “There’s something else you guys have been thinking about.” Which was true. A “win the lottery” dream, Alex and Marlene wanted to open a “spiritual detox center,” to share self-empowerment and guidance with others. The reader encouraged the idea and the timing with “this is where you belong.”

They did their homework to exercise the psychic muscle (“Things would happen – it was crazy!”), and in early 2010, Marlene found a space in Echo Park – THE space. “I knew it was where we were supposed to be.” Inside, it was a disaster; it was an attorney’s office for 45 years – dark, dank, smoky. The recently-widowed owner wanted another lawyer in the space (which was her husband’s). Marlene and Alex had damaged credit and didn’t even have a business plan! Yet, after meeting and connecting with her, they were offered the space: no credit check, no application. Alex remembered thinking, “What just happened?” 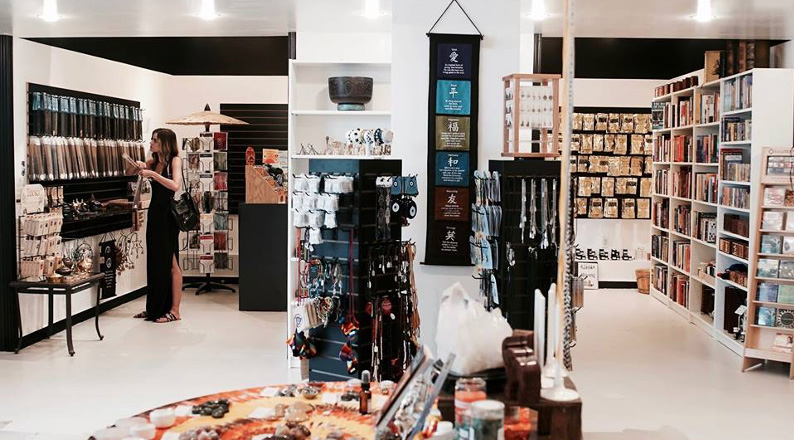 And then this happened: “We had to come up with three months for deposit, plus rent,” remembered Marlene. “I’d been saving money for college for my son since he was five. It was all the money I had left. I sat him down and asked if I could have his college fund. He said, ‘I’ll go to college. You take what you need.’” Marlene’s son and many yard sales allowed for a few months of rent. A lot of friends helped with reconstruction. House of Intuition was manifested.

“We didn’t want to establish a store just for it to be about money. We wanted to provide divination and guidance,” said Marlene. Added Alex, “Another huge motivator for us to do this were experiences with people who tried to disempower us. There are people who take advantage of vulnerable people who will do anything for help. That’s why there’s such a bad stereotype and we wanted to change that.” Marlene asserted, “We turn away business if people aren’t doing their own work. We’re not going to waste your money.” 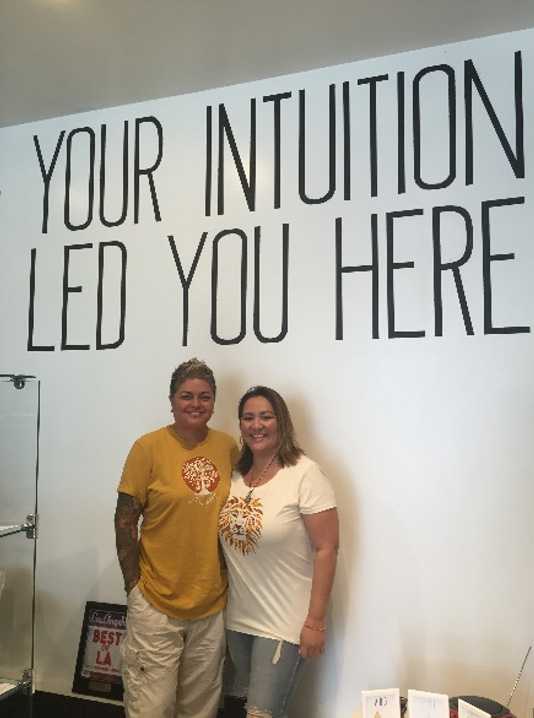 For weeks, Alex, Marlene, and one volunteer reader sat in a fairly empty space waiting for customers. Occasionally, someone would pop in and ask for crystals, or “Do you have sage?” Little by little, they started carrying carefully selected products as requested by their customers. The moment crystals became a part of the business, things did a 360.

The business never saw red again. They saved one of their homes from foreclosure. The OG HOI in Echo Park expanded to add an activity space. A Highland Park location opened. And then, in October 2015, House of Intuition Melrose manifested.

The Melrose location has a wonderfully ample and diverse selection of magical tools with an educated and experienced staff ready to explain it all. It’s an inviting, airy, space surrounded in calming white with pops of magical color everywhere. Crystals, incense, sages, statues, jewelry, icons – plenty for both new and skilled practitioners. There is a House of Intuition brand, including candles, teas, baths, and oils. Some products, like journals and incense, are community requests. The library is curated by healers past and present.

In seven years, Alex and Marlene went from near-homelessness to a eight-location spiritual detox brand that can be found in stores nationwide.

Whether you’re an experienced practitioner or magic-curious, House of Intuition is a thorough and safe place to exercise the metaphysical muscle we all have. Marlene and Alex have built a house of empowerment and positivity to support your highest goals. As Glinda the Good Witch said, “You’re capable of more than you know.” 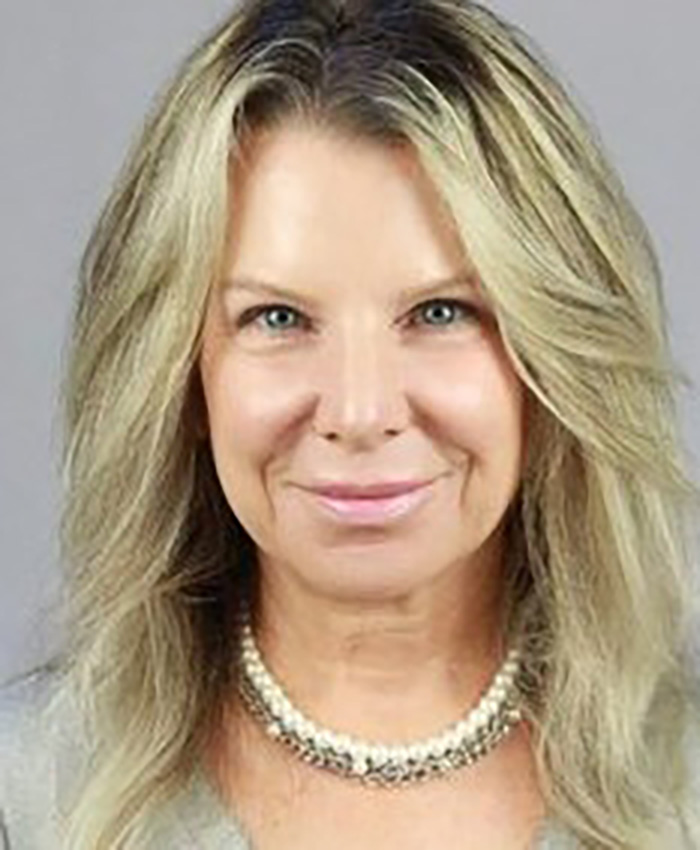 Deborah Brosseau provides audience development services to arts & entertainment, lifestyle, and non-profit clients. She is a freelance writer, providing anything from local listicles to corporate profiles for various online publications. Having first experienced Melrose in the ’80s, she enjoys writing about the old school creatives as well as the progressive new ones.